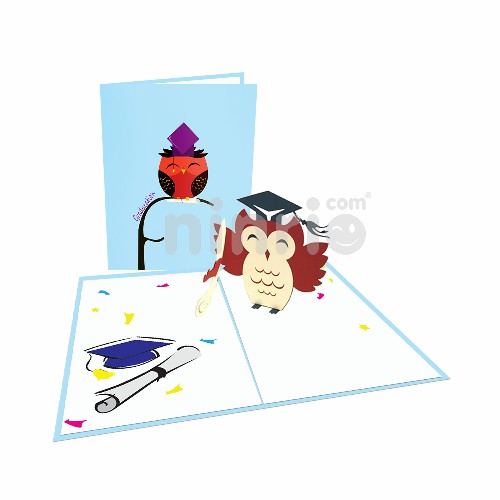 Congratulation Popup Card is an illustrated piece of card stock or high quality paper featuring an expression of friendship or other sentiment. Although greeting cards are usually given on special occasions such as birthdays, Christmas or other holidays, such as Halloween, they are also sent to convey thanks or express other feelings (such as to get well from illness). Greeting cards, usually packaged with an envelope, come in a variety of styles. There are both mass-produced as well as handmade versions that are distributed by hundreds of companies large and small. While typically inexpensive, more elaborate cards with die-cuts or glued-on decorations may be more expensive.

Hallmark Cards and American Greetings, both U.S.-based companies, are the two largest producers of greeting cards in the world today.

The Greeting Card Association ( Congratulation Popup Card ) is an international trade organization representing the interests of greeting card and stationery manufacturers. John Beeder, former president of the Greeting Card Association, says greeting cards are effective tools to communicate important feelings to people you care about: “Anyone feels great when they receive an unexpected card in the mail. For me, there’s nothing like a greeting card to send a special message. I’m proud to be a part of an industry that not only keeps people connected, but uses both imagery and the power of words to help us express our emotions.